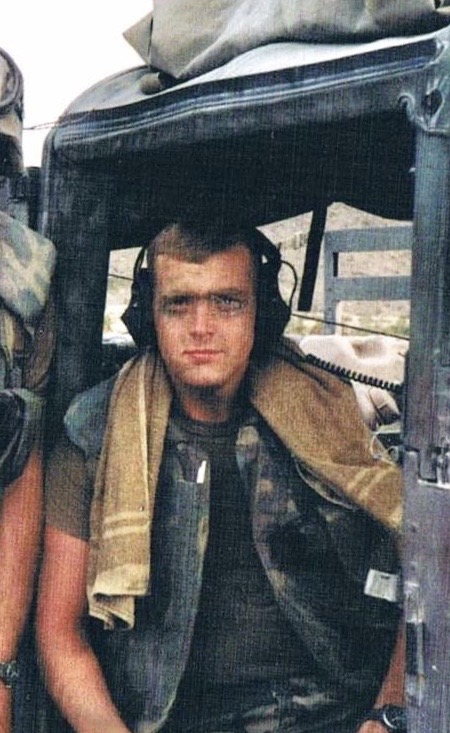 The topic is a sensitive one.  Here goes anyway.

I contend that too much that comprises the image of U.S. military veterans today in popular culture and society is overly narrow and incorrect.  Specifically, I refer to an increasingly pervasive image of veterans as in some way “damaged goods.”

These are not my words.

These are precisely the two words used by General James Mattis, USMC (ret) at a 2018 speech at MCB Quantico. Fortunately, in the address General Mattis asserted that not only are veterans NOT damaged goods, he even suggested that a great many may actually experience the inverse of Post Traumatic Stress Disorder (PTSD), which he called Post Traumatic Growth Syndrome.

This made the news because it is counter to the more prevalent narrative of widespread service-related disability and dysfunction. Here was a high profile, revered leader with decades of military service cautioning the public – as well as veterans – to be careful and not so readily accept these challenges as central or defining characteristics of the veteran demographic.

Mattis’s more benign view was once more prevalent; a view which holds that most veterans grow and benefit from their experiences while in uniform. And that through these unique life experiences they also typically become very high performers once in civilian life, even disproportionately versus the non-veteran population.

Now, I must be clear. The brutal fact is that a heavy toll is paid by far too many active duty personnel and veterans resulting from the associated traumas of service life, particularly recurring, high-tempo combat deployments. I serve on the Board of Directors of a very hands-on veteran serving organization (VSO nonprofit) that provides a wide spectrum of quality of life support to the most vulnerable of the veteran population in a key geographical region of our country. I’ve also been associating with veterans, military causes and supporting them philanthropically for decades.

The toll is real

The toll is real and must never be overlooked, underplayed or denied.  To these heroes we owe every dollar and minute to lift them up them in their rehabilitation and reintegration.

With that established, we should be aware of the “broad brush phenomenon”.  The brush, ungoverned, paints….well, broadly.  It is appropriate to ask if we are well served if the first thought image of veterans by civilians is increasingly one of mental health pathology, addiction, homelessness, suicide and societal dysfunction.  Aren’t there subtleties that deserve clarification? Distinctions that can be made?  And can’t they be addressed factually but tactfully and with compassion?

This piece is insufficient to do other than open a dialogue.  In doing so, perhaps the conversation could involve (at least) three acknowledgments:

Acknowledgement 1: Many veterans need serious help, but most do not. To be sure, multiple forms of assistance are truly necessary to properly alleviate suffering and to elevate the quality of life of a great many veterans. But, while there are too many veterans experiencing exigent life circumstances it is statistically not a majority. The majority are leading lives ranging from normal to exceptional and I believe it is skewed toward the latter.  Admittedly, this is not a sub-demographic likely to command much publicity.

Acknowledgment 2: Military service is not always the cause of a veteran’s life challenges.  It is worth noting this subtle but important truth.  A great many veterans with undoubtedly serious life challenges suffer them for reasons wholly unrelated to their military service.  Veterans are a small subset of the general population but are still subject to the same vicissitudes of life as others, up to and including making bad decisions or being susceptible to addictions, etc.  Many who endure serious but common difficulties just happen to have served in the military at some point.  Should this matter? Well, again, it’s subtle. By no means does it mean these vets don’t deserve whatever assistance they require. They do.  It is just the near automatic linkage of a veteran’s life problems with service time that may not serve the image of military service as a wise choice.

Acknowledgment 3: Military service is viewed by most veterans as the best years of their lives.  There is little doubt that most veterans recall their time in service as a period of tremendous opportunity, achievement and self-validation. Even those who serve only a few short years (which is most), usually see their service time as positively formative and which instilled life lessons that are lifelong. How many times do we say, “I’d do it all over again”?  This may understandably not be true of many combat veterans but many of them indeed say precisely the same thing. This is undeniable.  It is also incongruent with a notion that service is likely to lead to need and dysfunction.

Are we prepared to default to viewing military service as a high probability avenue to serious life problems?

Given the severity of the issues that are properly associated with the last two decades of warfare it may not be popular to extol the positives that military service brings to most who’ve served.  To acknowledge that most veterans are doing fine to excelling is to risk scorn for insensitivity.  Yet, in the end, our society is well served when the citizenry views military service as a pursuit that will ordinarily lead to personal growth and advancement – albeit with significant risks not seen in most professions. Are we prepared to default to viewing military service as a high probability avenue to serious life problems?

I think General Mattis is right.  Veterans are not damaged goods.  Military service will always result in a significant number who will have borne the worst that such experience can bring. The recent wars have seriously exacerbated these matters. These realities deserve full attention and resources.  A great many of us are on the front lines of this huge and important obligation.

At the same time, some balance in the narrative can be helpful.  It is beyond dispute that veterans comprise a great many leaders in our communities, in the trades, in business, law, medicine, the clergy, and so on.  This does not make headlines, admittedly, but it IS a key part of our story.

A better societal view of veterans might be that of a relative few, who took on a special charge, accomplished great things against high odds, and then moved on  to become leaders once again in the civilian world.  And while moving forward, are seen as the first-in-line in reaching out to take care of their own. So that no brother or sister is left behind. 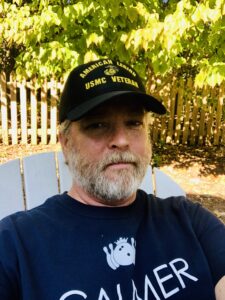 Kerry D. Kirk is an asset management consultant and freelance writer.  He serves on several nonprofit boards including the Northern Virginia Veterans Association, www.novavets.org.  He is a veteran of the U.S. Marine Corps. He can be reached at kerrykirkwriter@gmail.com or www.kdkwriteworks4you.com.