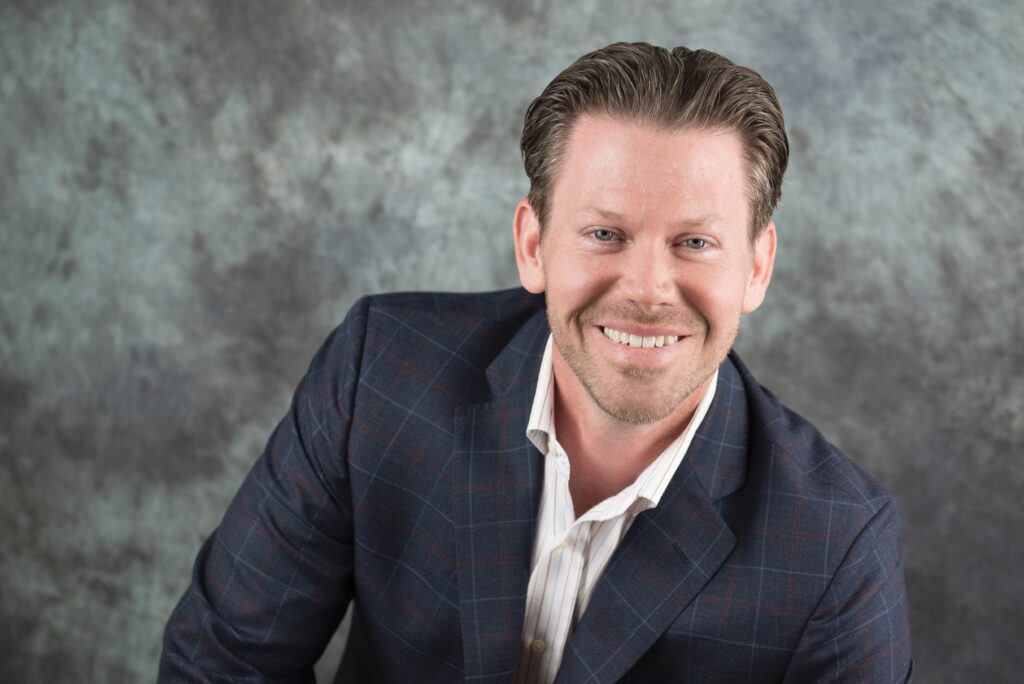 The VeteranCrowd Spotlight features military veterans in all walks of civilian life.  Veterans continue to serve as citizen soldiers, building businesses, giving back to society and paying it forward.

Tim Ryan calls himself a “Champion of entrepreneurship across Hampton Roads.” But before he became the Founder and President of Arcphor, Tim Ryan served our nation in the US Air Force.

So we sat down with Tim recently and placed him in the VeteranCrowd Spotlight.

Tim is the Founder and President of Arcphor. Nestled in historic Yorktown, VA, Tim built Arcphor to support early stage and growing businesses in coastal Virginia and along the eastern seaboard with tools they need to grow, including web development, digital marketing, branding and business development.

He has also completed seven marathons.

Tim completed his first marathon in Richmond, then went on to the grueling route of the Blue Ridge Marathon in Roanoke, thought by many to be the toughest marathon course in the nation. He has run the One City Marathon in Newport News five times – a unique event since the sprawling city on the James River stretches 26 miles end to end.

And this year Tim reached a major personal goal, qualifying for the Boston Marathon to be held on September 14th, with a time of 3 hours 11 minutes.

Tim sees a lot of parallels to business in his marathon running. It takes a lot of discipline to overcome the mental barriers to running. “Preparing for a marathon is three to four months of hard core training, day in and day out. It can be boring, but every bit of training has its purpose.”

“Owning a business is like a marathon. I want to help those business owners run that race.”

Every individual has a story about how they chose the military. Tim is no exception. Evidently an outgoing youth, Tim had to find somewhere to go upon graduation from high school – that destination turned out to be a recruiting station.

“I wasn’t ready for college, a late bloomer, I had wanted to be where the fun was,” Tim says with a wry smile. “It was time to visit the recruiter.”

Knowing the Marine Corps wasn’t a fit, and that he could not stand floating around on a boat for six months at a time, it was going to be the Army or the Air Force. Tim enlisted in the US Air Force right out of high school. “I was seeking a more corporate environment.”

(At VeteranCrowd we encourage all the sarcastic inter-branch crossfire you wish to contribute in the comment section below. Jarheads and squids – here’s your chance!).

Tim says enlisting in the Air Force  was one of the best decisions of his life. 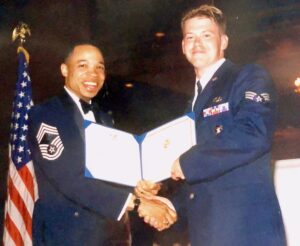 Tim Ryan and his family came to Hampton Roads in 2001 determined to make it their new home. “After being assigned to our fifth base in ten years, I cashed in every chip I had to get here.”

While at Langley, the deployments were coming fast and furious. “After 9-11, I realized I had one chance to watch my kids grow up.”

The benefits of the Air Force were huge for Tim. He got to see the world, but it was time to leave the service, and so he went to work for Booz Allen Hamilton in consulting. Booz Allen encouraged him to attend business school, so he enrolled in the Raymond A. Mason School of Business at William & Mary, graduating in 2011.

“That’s where I got the bug for entrepreneurship.” said Tim.

So Tim ran a weekend startup competition, leading to the formation of Launchpad, a Williamsburg based incubator. His efforts led to involvement with Startwheel, a hampton Roads collaborative  formed to foster entrepreneurship in the region.

Saying “Timing is everything,” Tim was offered the directorship when the current director needed to step away to concentrate on his own business.

The military shapes his business approach

Being a veteran, skills and disciplines forged in the military become a part of the veteran DNA. Tim acknowledges that his time in the Air Force shapes the things he does to this day.

“There is selflessness within the service.”

The biggest contributing factor that helped his success was the grittiness he acquired in the service.

“That grittiness was instilled upon me.

“You find a way. The grittiness I learned in the Air Force has helped me survive in the business world.”

Tim coaches businesses through the startup and growth stages, pushing them to think outside of their limited mindset. Many veterans have discipline, but have to work to tap into their creativity.

Tim also likes the trust within the military and veteran community. The “camaraderie and team cohesion” contribute to success.

“As a veteran, you do whatever it takes, no matter what, to get it done. You ensure that the mission gets accomplished.”

Where did the Arcphor name come from?

“We couldn’t come up with a trademark-able name. We went back to the drawing board, literally, and started plotting what we do as a company. In that exercise, arcs from a Venn diagram were formed – thus Arc.

“Because we were so tired of the trademark exercise, we put the two words together and misspelled the word four and Arcphor was born.”

Lessons from a General

While in Germany, Tim was assigned to the Elite Guard, and worked directly for GEN Martin  “I worked around the clock for the boss. But this became a three year mentorship program for me”

“From the first day, GEN Martin met hundreds of people, but he remembered me by name! No matter how busy he was, he always thanked me at the end of every single day.” said Tim.  “The little things may seem really small, but it is really important when building a team to get people to buy in to what you are doing.”

I asked Tim if he would do it over again.

He hesitated, and a big smile came across his face.

“One hundred percent – I would do it over.”

Tim Ryan is the Executive Director of Startwheel, fostering the growth of entrepreneurship in the Hampton Roads area. He is also the Founder and President of Arcphor, providing marketing and branding support to early stage and rapidly growing business alng the east coast.

Arcphor recognizes that before entrepreneurship can thrive in any area, it must be centered around a community. Arcphor has discovered the “magic” recipe that is needed to build a community of entrepreneurs.  It all starts by bringing like minded people together and enabling a “give before you get” mentality that is entrepreneurial lead.Web: https://www.arcphor.com/

Our mission is to centralize and mobilize efforts that foster the growth of entrepreneurism in our regional innovation economy. We aim to guide and cultivate an entrepreneurial network in HRVA where talent, resources, information and leadership come together. https://startwheel.org/

Learn more about becoming a part of the VeteranCrowd Network