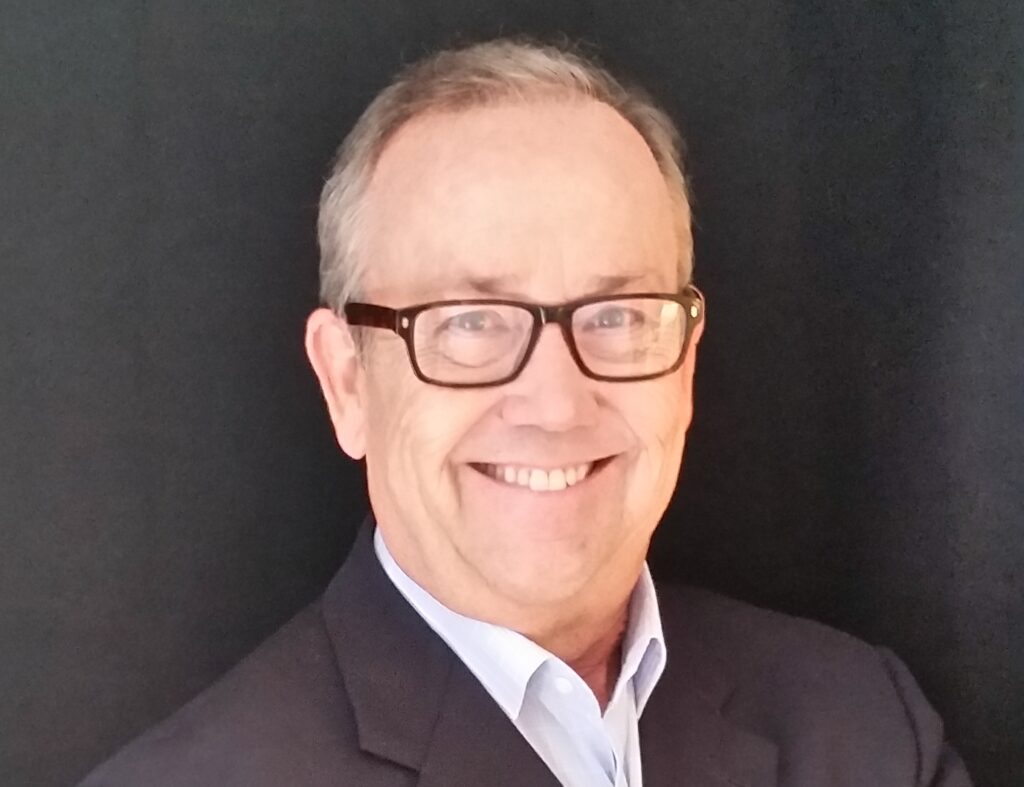 The VeteranCrowd Spotlight is a series of unique interviews where our guests share their individual military experience and how it shapes their approach to life and business. We seek to understand the veteran approach to decision making and ethics, drawing out the lifelong role of the citizen soldier and the responsibilities that go with it.

Residing in Charleston, SC, John Robitaille (pronounced “ro’-bit-tye”) is a Founding Partner of Fusion Strategic Partners. His most recent venture, Fusion helps business owners build value, create exit strategies, and prepare their companies for sale.  John is also a veteran of the US Army.

We sat down recently with John to talk about his career and the impact his time in the military had shaping his life and business.

John’s father served in WWII in the European Theater, his Grandfather had served in WWI, brother was serving at the time in the Army while John was growing up.

“There were no doubts I was going into the military, and Providence College had the ROTC program, so it was a perfect fit,” John said, “and I selected the field artillery to begin with.”

In 1973, after three years in Germany, John thought he would get orders to go to Vietnam, but the Army sent him to Fort Bragg instead. 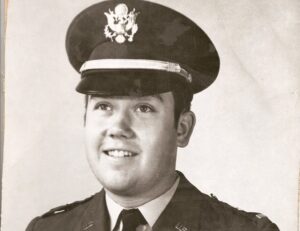 “I was honored to be part of the Special Forces Command Center, even though I was not a Green Beret.” John said. “It was just a wonderful experience to work shoulder to shoulder with some of the bravest people I have ever met in my life.”

“These guys were just awesome, taught me alot, and treated me like a brother.”

The move to the civilian world

By 1976, the Army was downsizing and businesses were calling.

“Corporations were knocking the doors down at Ft. Bragg and there were job fairs every weekend, and a buddy of mine said why don’t we just go to find out what is going on in the outside world?”

John had three job offers after one weekend of interviews. And it was a tough decision to leave the Army, but  with two kids and another one on the way on Captain’s pay, it was hard to turn down a  lucrative offer.

John’s business career includes stints at Frito Lay and Pepsi. serving as an Executive Coach, and a Keynote Speaker. He was also an Executive in Residence at Johnson & Wales College in Rhode Island, where he mentored over 500 college entrepreneurs.

A run for Governor

And John ran for Governor of the State of Rhode Island in 2010, losing a close race to Lincoln Chafee. John says one has to be resilient, and take whatever life throws at you.

“Running for Governor was probably one of the most exciting things I have done in my life, and it was something I wasn’t planning to do. A group of people approached me and asked if I would consider it. I had been active in politics but never had my sights on statewide office.”

It was a learning experience.

John and his partner, David Japhet, launched Fusion Strategic Partners in January of 2020. David is a CPA who was involved in many mergers and acquisitions throughout his career. David and John met because John served as an executive coach for David over an 18 month period during the merger of three research companies..

“Not many people, especially family owned businesses, are really prepared to sell their business.”

Many small businesses are too reliant upon the founding owner, and it is often a journey to separate the true value of the business from the emotional value and legacy of the business.

Planning is important for Fusion clients

“If there is one thing I learned in the military, you don’t go forward with an operation until you have done some prior planning. You remember the Six P’s we used to talk about? Prior planning prevents… you know the rest.”

“We position ourselves to be an advocate for the seller, and remove ourselves from the transaction so we can be objective and really be on that owner’s list of key advisors, to be able to coach and provide advice.”

Fusion serves as advidsor for the owner and allows the investment bankers and attorneys to focus together on the transaction.

When John showed up at Johnson & Wales College, the college had tried to start its entrepreneurship program up without much success.

“They had a building named the Friedman International Entrepreneurship Center. It was dark.” 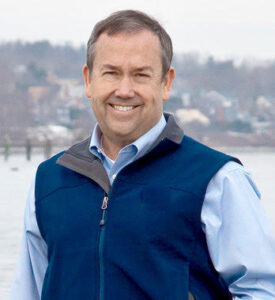 John arrived thinking it was a part time role and he would be doing some consulting, but after meeting with the Dean, it became a full time position. John was able to build momentum, and mentored over 500 college entrepreneurs in his five years there.

“There is nothing like working with  a bunch of young , optimistic people who have ideas and creativity. The difficult part was to look a young person in the eye and give them my honest opinion that their idea probably would not work.”

Johnson & Wales had a nice prototyping lab and they created a small venture fund to provide some seed capital for some of the better ideas.

“I twisted a lot of legs, arms, and ankles to raise a fund.”

This small student venture fund grew to several hundred thousand dollars and would provide seed funding of $10,000 to $15,000 to help the promising ideas get to the prototype stage.

“We set up a a board of advisors and these young students would come in and pitch their ideas, sort of like Shark Tank We called ours Shark Fest.”

Of the 500 students he coached over the years, John estimates that 25-30 are still operating businesses right now – not a bad percentage.

John recalled one in particular.

One student had spent nine years in the Navy as a missile technician aboard the USS Rhode Island. He was attending school on the GI Bill, and was really interested in fishing and farming.

This young veteran started an online virtual farmers’ market. The business currently has 200 people in 37 states, and because of current online buying trends, his business is going through the roof.

John lit up telling this story

“And as I watched this young man go through vetting his idea, putting his team together, it was fun to watch because I could see his focus, his unwavering focus and his commitment, his self sacrifice.”.

The company pivoted 3 to 4 times while John was coaching him.

The role of veterans in politics

To John, veterans’ love of country, their sacrifices, beliefs, and the oaths they took make veterans great candidates for political positions.

“Most military veterans will never forget sacrifices that they made or that their buddies made and why they went into the military. Those beliefs, the oath that they took to defend and support the Constitution continue.

“We need character today. We’ve got a bunch of characters in Washington. We need people with character.”

“I refused to go in the gutter and a lot of people said to me, you’ve got to attack back. You know, you gotta hit them low – they go low, you go lower. Now, I refused. My line to the media would be when someone would attack me, I said, look, there’s too many people in the gutter. Now I’m in the fast lane. I don’t want to slow down.”

Lessons from the  military

John shared two stories from his time in the Army.

His first was about Jump School at Fort Benning. He talked about the first week filled with physical stress, then tower week, and jump week. All the training  and precision went out the door, however, on his first live  jump.

“The jumpmaster just yelled out something like you SOB’s to get the hell out of his plane. I’m thinking what the hell is a all this preparation and I am just getting sucked out of this airplane!” –

“Always, always expect something is not going to go according to plan and be aware of that and ready for it.”

But another story about a close call in Germany was far more harrowing.

“I think I was a pretty green second Lieutenant. Hadn’t been there all that long up on the OP calling in a live fire exercise. There was a permanent structure latrine about a hundred yards from the bunker where  we were calling in fire. So I get up and go to the latrine,  I get back and it wasn’t 15 seconds and all of a sudden we heard this barrage of rounds landing up on the OP. Actually blew the latrine away – shrapnel flew by me!”

“We got on the ground calling range control to cease fire. It was a Belgium reserve outfit that had laid their battery 180 degrees out and landed on the OP. And I could just see it now, had I gone one minute later, I would have been in the latrine, probably never coming out.”

“Pretty scary, but I still have a little piece of that shrapnel around somewhere.”

“I think there’s no substitute for determination and passion, so long as you couple it with business acumen and experience. And if you don’t have it, partner up with someone who does.

“Passion will only get you so far. You need the knowledge in order to make something work, to bring an idea to fruition because you’ve got to find out if it’s doable, if it’s marketable, if someone’s going to buy it, and you can produce it at a price where someone is willing to pay.

“I always, always told the young entrepreneurs that there’s two things someone invests in – they invest in both the horse and the jockey.

“If you’ve got a great horse, but you got a terrible jockey that I could invest in,  you need both. You need a great idea, a great business concept or great product, but you need to be viewed and present yourself as someone who’s knowledgeable and determined to make it successful.”

1 thought on “Spotlight on John Robitaille at Fusion Strategic Partners”