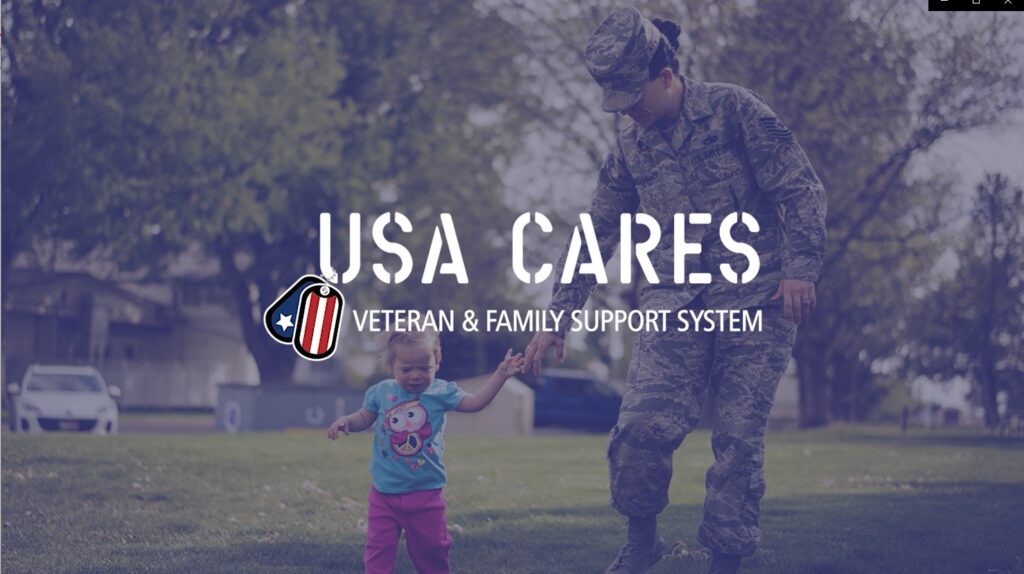 The VeteranCrowd Spotlight features military veterans in all walks of civilian life.  Veterans continue to serve as citizen soldiers, building businesses, giving back to society and paying it forward.

Trace Chesser is the President & CEO of USA Cares, a Louisville based veterans service organization whose mission is to provide Post 9-11 military veterans, service members, and their families with emergency financial assistance and post-service skills that will create a foundation for long-term stability. Services improve the quality of life for veterans and their families and reduce potential factors that contribute to veteran suicide.

We sat down with Trace to talk military service, and USA Cares’ efforts to support and care for veterans nationwide.

Trace Chesser grew up outside of Louisville. “I knew that I needed to get away. I knew I needed to do something different. So I went to a law enforcement program straight out of high school and knew that was something I was interested in – protecting and serving.

“But as a 19 year old, not too many law enforcement agencies are interested in talking to you. So I decided to go in the military.

“It was hard work – very, very hard work. But it was a great experience. I spent a lot of my time at Fort Campbell with the 101st  Airborne Division and deployed to Iraq with them.”

Serving as an instructor for the Army Air Assault School  was perhaps his greatest experience. He finished his Army career with the Recruiting Command where he learned the skills he carries to this day.

“I’ll tell you, every piece of my military career has carried forward into my civilian life – the discipline, being able to push through adversity, and adapting to situations.”

“I was actually a very shy person – hated speaking in front of any crowds.”

All that has changed. Trace speaks to thousands annually as CEO of USA Cares

“Everything from being an instructor at a military school having to instruct 200 students, to the Army’s recruiting command, forced me to speak to college students, high school students, and different clubs or organizations.

“I could not have put this puzzle together the way that it’s been put together for me. And not to get religious about any of it, but I do honestly believe that God has guided my steps. 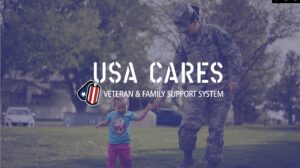 In 2003, a small group of like-minded individuals came together over a mutual desire to give back to the brave men and women who have served our country. These dedicated volunteers pooled their resources and raised funds to support the needs of Post 9-11 military veterans and families in need of emergency financial assistance.

This family of supporters became the foundation on which USA Cares was built. Seventeen years later, USA Cares remains focused on achieving the stability for these families.

“I joined USA Cares because I wanted to help our service members in transition to get into a better job and help veterans that were struggling get into better employment situations.

Trace joined USA Cares in early 2018 as its Career Transition – Talent Acquisition Executive, but was soon asked to step up into the CEO role.

“We know that what we’re providing actually improves veterans’ quality of life and helps to reduce factors that could contribute to veteran suicide. And that’s the ultimate thing that weighs heavy on me when I lay down at night.” Said Chesser.

Bryan Anderson enlisted in the Army in April 2001 and had a ‘ship out’ date of September 11, 2001. He served two tours of duty in Iraq and was stationed in the Baghdad area. He attained the rank of Sergeant in the Military Police (MP), conducted police training courses in Iraq and gained additional law enforcement experience at Leavenworth Federal Penitentiary as a prison guard.

In October 2005, Bryan was injured by an Improvised Explosive Device (IED) that resulted in the loss of both legs and his left hand. As a result of his injuries, he was awarded a Purple Heart. Bryan received rehabilitation for a period of 13 months at Walter Reed Army Hospital. He is one of the few triple amputees to have survived his injuries in Iraq.

“He went through long, extensive treatment and physical therapy. Bryan realized that he could either just go through life regretting things or feeling bad or he could look at this as his new normal and he would figure out how to overcome these challenges that you face.”

“Bryan has been our national spokesman for several years now.”

Bryan has appeared in a number of movies, including American Sniper, the Chris Kyle story.

“ We don’t receive funding from the government.” Said Chesser. USA Cares relies upon donations from individuals , foundations and corporations.

Because of the corona virus, USA Cares has cancelled three major events. Carl’s Junior has been a significant supporter, running the Stars for Heroes Campaign every year which raises more than $500,000 annually.

“You know, those are some of the most giving folks I’ve ever met. A big shout out to Hardee’s and Carl’s Jr., because they’ve been doing this for years. They’ve raised $3.5 million for us.”

Over the seventeen-year period, USA Cares has assisted over 112,000 veterans in their time of need.

“We have some tremendous partners.” says Chesser. “GE Appliances has helped us a lot. Hardee’s, Carl’s Jr.. They have been extremely generous. We, we’ve been blessed with a lot of corporations who recognize what we do and they’ve validated that we are a very credible organization.”

Bill Roby, Chairman of USA Cares is a Vietnam veteran.

“Bill’s been involved with USA cares over 10 years. He should be out golfing every day. I mean, he’s had a tremendous career.

“Major General John Tindall was one of the founders. Those guys have given time and time again – they give financially, they give of their time, they give up their talents.”

USA Cares plans its annual golf tournament on September 21, optimistic they will be able to host it at Valhalla Country Club, and they are busy planning their Annual Gala.

To learn more about USA Cares, visit their website: https://usacares.org/

Trace Chesser is on LinkedIn.