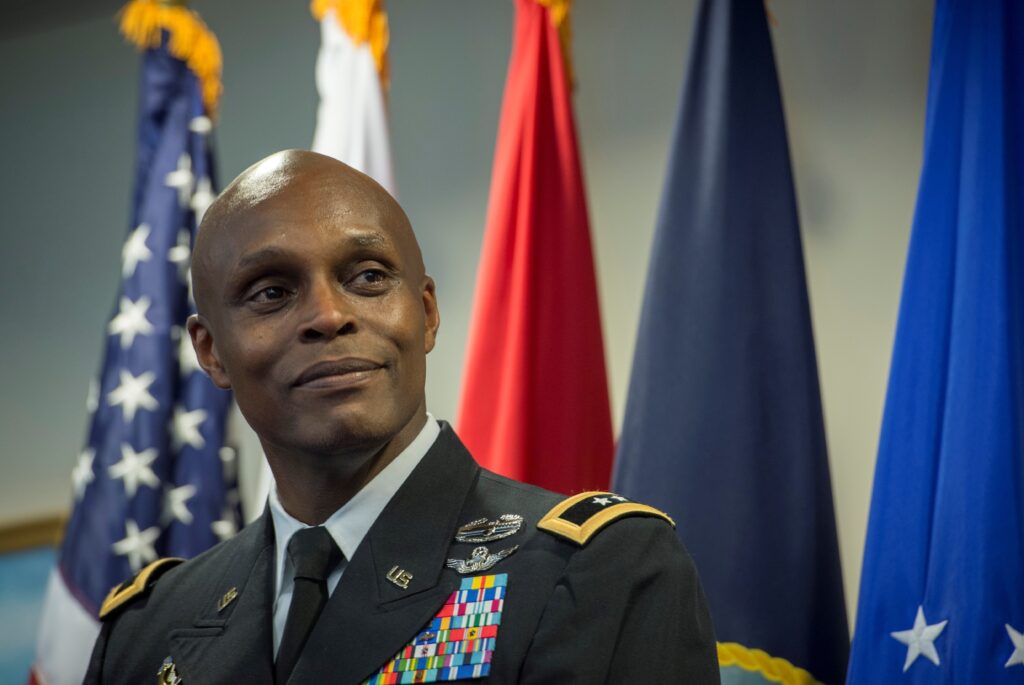 Ron Lewis in the VeteranCrowd Spotlight

WE have to own this problem - America is wrestling with racial tensions and legacies and is looking to VETERANS for leadership and guidance.  Ron Lewis is one person working hard to strengthen business and community in the Hampton Roads region of Virginia, and bridge some of the racial divide at the same time.

When I first met Ron at the Cavalier Hotel in Virginia Beach, we struck up a casual conversation over a beer and he mentioned he had just recently retired from the Army. I assumed (my first mistake) from his young looks that he did twenty and pulled the ripcord. Well, no one gets to O-9 THAT fast. Stunned, embarrassed and after I picked up my jaw, we began what has blossomed into a great professional friendship.

A career focused on service

Ron Lewis attended  the United States Military Academy at West Point, and graduated in 1987 with a Bachelor’s degree in Engineering Mechanics. Ron went on to earn his Master’s degree in National Security and Strategic Studies from the Naval War College.

Ron is an expert in strategy and planning, having led units as large as 30,000 soldiers and solving very complex problems. Ron founded LTC2 Solutions to address complex, multi-layered problems. LTC2 specializes in leader development, corporate culture and strategic planning for its clients.

Leaders must be empathetic and willing to listen to people according to Ron Lewis, our guest on this episode of the VeteranCrowd Spotlight. As a retired Army General Officer, Ron knows how to be an effective leader after serving 30 years in the Army. He also knows about the challenges social issues and current unrest pose to leaders of our nation.

We placed Ron in the Spotlight to discuss his experience as an Army General, his work as CEO of his own consulting firm, and his opinions on the current tension within our country.