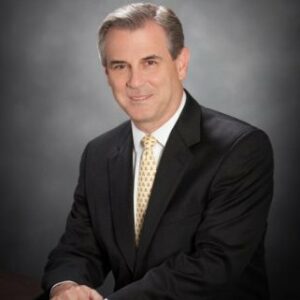 Bob Louthan is the Founder of VeteranCrowd, LLC and the VeteranCrowd Network. A 1982 graduate of the Virginia Military Institute, he commissioned in the USAR, trained as a combat engineer, and served in the reserves from May 1982 to November 1996. Bob earned a Master of Business Administration from the Darden School at the University of Virginia in 1986. His career includes positions at International Paper, Hammermill Paper and American Filtrona Corporation, and he transitioned to venture capital and mergers and acquisitions beginning in 1994.

In 2008, Bob began focusing the business serving companies led by military veterans, and he created VeteranCrowd to serve that market exclusively. Since then, he has developed relationships with thousands of veterans in business all across the USA.