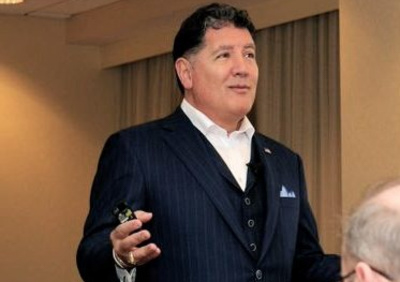 Mark Gonsalves is the Co-Founder of AccrueMe, a leading capital provider for businesses selling on Amazon.
Mark graduated high school at Fork Union Military Academy, where his wrestling coach suggested he attend the Virginia Military Institute. He graduated from the VMI in 1981, and commissioned into the US Army where he served in the Special Forces.
Mark began his business career helping small business owners and entrepreneurs as a franchise owner with Anthony Robbins & Associates.  And while he  worked closely with Daymond John, he helped lead the rollout of The Daymond John Launch Academy, and also assisted NY Times Best selling author of Chicken Soup for the Soul, Mark Victor Hansen.
Catching the entrepreneurship bug working with Daymond John (Shark Tank), Mark decided to take advantage of the rapidly growing online industry. He and his partners, Eric Kotch and Don Henig, co-founded AccrueMe to provide capital to third party businesses selling on Amazon.com.
We sat down to talk business, veterans, and his experience in the military on the VeteranCrowd Spotlight.
See Mark’s LinkedIn here
Visit the AccrueMe web page
Subscribe to the VeteranCrowd Network and never miss a thing.