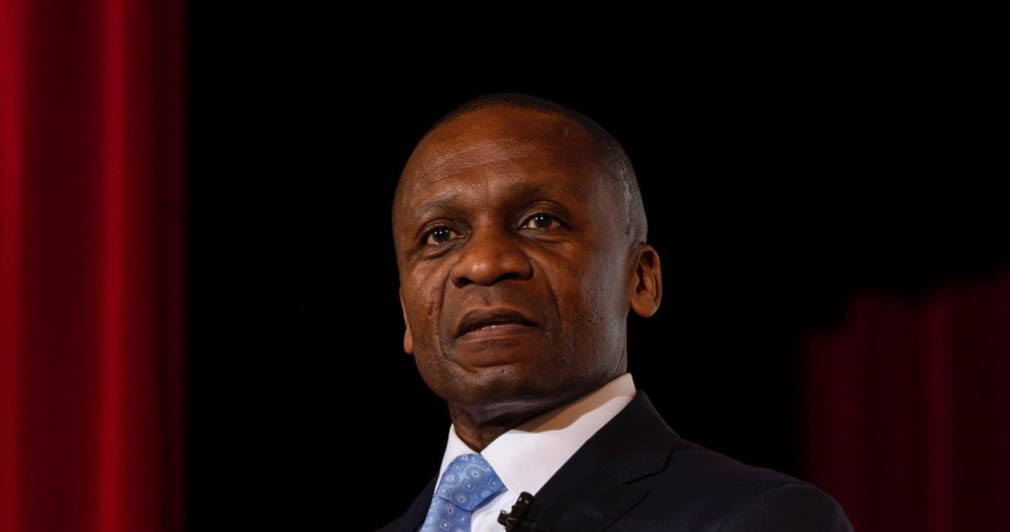 In the course of 36 years as an officer in the US AIr Force, and a lifetime tied to service to the Nation, one learns a few things about leadership.

GEN Darren W. McDew USAF – Retired  grew up in a military family. A child of the sixties, son of an Air Force Sergeant, McDew moved frequently and was “born and raised to be an Airman.” As he watched his father go to Vietnam, and as he saw the POWs return, McDew knew he too would pursue a military career.

He secured an Air Force scholarship, and with some influence, applied to only one school – The Virginia Military Institute. Ever since, GEN McDew has sought to be a part of something bigger than himself.

McDew demonstrated talent early. As a cadet, he was elected a member of the VMI Honor Court. And he secured the job of First Captain and Regimental Commander of the Corps of Cadets in his First Class (Senior ) Year – a role once filled by George Catlett Marshall VMI ’01. He was the first black cadet to serve in that role.

Upon graduation and commissioning, Darren became an Air Force pilot and embarked upon what would be a stellar military career. His last assignment,  Commander of the US Transportation Command at Scott Air Force Base, included over 140,000 personnel from all branches of the Military, Guard, and Reserve as well as civilians.

But GEN McDew says his first command was his favorite – a C-17 squadron with 170 individuals and twelve aircraft, and a team that functioned at a high level because of the culture and the families who served alongside them.

Darren McDew is the ultimate team player who nurtures and leads so effortlessly, I think he’d blush to hear it said this way.

This podcast package is a dissertation on experience and lessons in leadership. GEN McDew, a self described introvert, has a comfortable and humble style that has served well from privates to Presidents.

GEN McDew covered a wide range of topics and issues:

– Success and failure: Why you should “beware the tests” that life will place in your path, and thoughts on dignity, respect, Dixie and Rebel flags.

– Showing young people what success looks like, not telling them how to accomplish it, and the importance of making “bold, innovative new mistakes.”

– How “leading your peers” is often most difficult, requiring trust, character, and selflessness.

– How some jobs are “leading jobs and others are learning jobs,” and why it is important to know the difference.

– The importance of noble ideals, civility, and being a citizen soldier.

– Candid discussion about issues of race, the current turmoil, and how we need to lead the healing process.

It was evident to many in 1982 that Cadet Darren McDew had the potential to do great things. This is confirmed today.

I cannot thank GEN McDew enough for sharing his thoughts and wisdom refined over a lifetime of service.

“This is Darren, my Brother Rat.”

Listen to the Podcast:

Don’t miss a thing – Subscribe to the VeteranCrowd Network