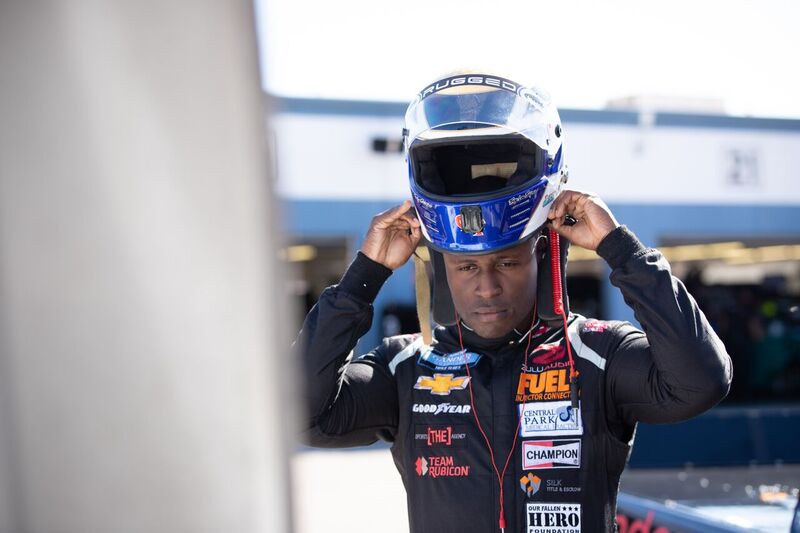 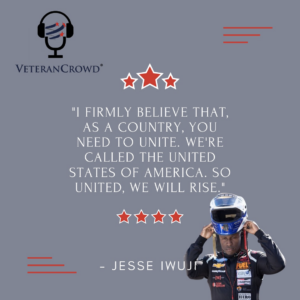 Driving a race car takes a different kind of athleticism. Just ask Jesse Iwuji, the first active duty US Naval Officer to compete at the national level in NASCAR.

Jesse Iwuji grew up in Texas, attended the United States Naval Academy and played football and ran track there for 4 years. Upon graduation with a Bachelors of Science in General Science, Jesse became a Surface Warfare Officer, stationed in San Diego, CA. He served aboard the USS DEXTROUS, USS WARRIOR, USS CHIEF, and USS COMSTOCK, and worked at the Naval Postgraduate School.

Starting in 2015, Jesse became the first person on active duty to compete as a NASCAR driver. He is currently competing in the Gander RV & Outdoors Truck Series.

We sat down with Jesse on the latest episode of the VeteranCrowd Spotlight. We covered a lot of ground - from attending the Naval Academy and becoming an officer, to the stress of NASCAR, the heat and the wrecks.

Subscribe to the VeteranCrowd Network and never miss a thing

Consider if an Individual or Corporate Membership is right for you.